Scroll down to see upcoming concerts, shows, and events.

Since 2006, Warehouse Live has hosted world-renowned acts including Blondie, Gwar, and some of the biggest names in rap such as Drake, Chance the Rapper, and Houston’s very own Bun B.

Nestled in a row of restaurants and bars on St. Emanuel, in EaDo (just east of Downtown, of course), Warehouse Live is equipped with two stages; the ballroom which hosts up to 1300 fans, and the adjoining studio, which accommodates about 600 people.

Spacious interiors and two full-service bars under high ceilings are highlights of this venue but be warned that, as this is one of the most bustling areas of East Downtown, parking can be a challenge and concert-goers may want to consider arriving early and grabbing drinks at one of the several bars within a couple blocks of Warehouse Live.

For fans looking to beat the parking predicament, MetroRail runs the Purple and Green Lines just two blocks away, with a stop outside the home of the Houston Dynamo, BBVA Compass Stadium, on Harrisburg Boulevard. This line provides access to other areas of Third Ward and East End, as well as an opportunity to head into Downtown and connect with the Red Line for more Houston exploration.

The pop-rock band, American Authors, brings their big festival energy to the EaDo venue for a performance supporting their 2019 release, Seasons. Magic Giant and Public open the show. Admission Tickets start at $25, but you may find better or cheaper tickets using the TicketNetwork online marketplace. 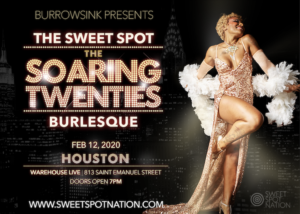