Theatre Under the Stars (TUTS)

Scroll down to see Theater Under the Stars’ upcoming shows, performances, and events. 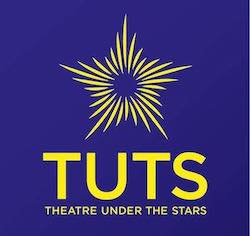 In 2018, this homegrown theater company marked its 50th anniversary. Founded by Frank M. Young in 1968, Theatre Under the Stars (TUTS) was created to be Houston’s home for musical theater.

The company both mounts its own productions and contracts with national touring shows. It’s also an incubator for big-time Broadway-bound productions. The organization partnered with Disney to develop and try out the mega-hit Beauty and the Beast musical, which opened on Broadway in 1994.

Each TUTS season brings six musicals to the company’s stage at the Hobby Center for the Performing Arts, offering a blend of classics and contemporary pieces.

TUTS also performs during the summer at Miller Outdoor Theatre, and the organization is known for its family-friendly entertainment.

TUTS sells both subscription packages to the whole season or single tickets to individual shows.