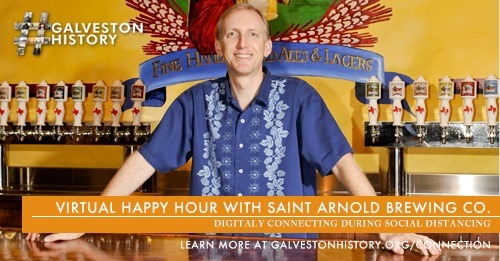 Wagner has a long history with beer. In fact, it starts before he was born. His great-great-great grandfather came from Alsace in the mid-1800s and opened Wagner’s Beer Hall in San Francisco (now the oldest existing bar in the city, renamed The Saloon.) Brock grew up in Cincinnati and Brussels, both big brewing towns, where he was exposed to many of the beer styles of the world. Then in college at Rice University, fate (and a friend) introduced him to homebrewing. This love of beer and brewing was what eventually led him to the opening a microbrewery. The rest is Houston history.

He will talk a little about the history of brewing, how they landed on the name Elissa for Saint Arnold’s beloved IPA, and more.

The happy hour and talk is free. Click here for more information.