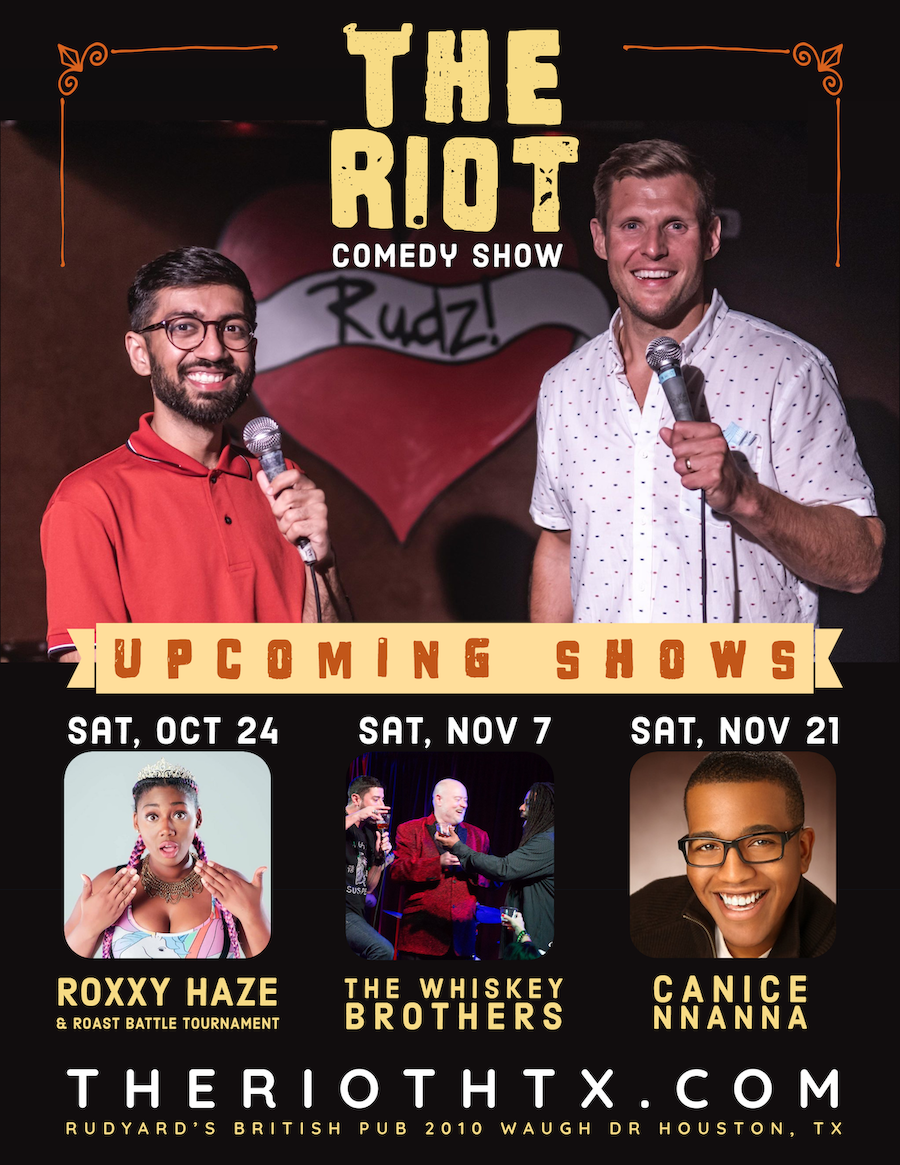 The two shows will be presented live in Ruydard’s recently renovated comedy room and will also stream live on YouTube.

The early evening show features Roxxy Haze, a modern day Renaissance woman (a stand up comedian, singer, rapper, cosplayer, film maker and writer). Her comedy has become a mashup of socioeconomic insight and observations, as well as geek culture. Her online content (featured on Buzzfeed, VH1, E! News Online, Billboard, and more) has garnered an impressive following, bordering cult like. Haze has featured and headlined across the country, working with well-known comedians.

The Riot Roast Battle Tournament features eight comics going head-to-head to determine who’s the funniest and meanest comic. The best of the best have been entered and only the strong will survive in this anything goes, no holds barred battle.

The early show runs from 8pm to 10pm. Click here to order tickets or for more information.

The late show runs from 10pm to 11:30pm. Click here to order tickets or for more information.

About The Riot Comedy Show

Businesses in Houston have opened under modified protocols, following guidelines administered by local health officials, the State of Texas and CDC. At this time, guidance from experts urges people to continue wearing face masks when in public spaces, practice social distancing of at least six feet, limit your touching of surfaces and frequently use hand sanitizer or soap and water to keep your hands clean.

Before heading out, take time to familiarize with your destination’s requirements or restrictions at this moment, and be sure to contact them ahead of time with any questions or concerns.

Limited tickets for the in-person show range from $10 to $80 for a table; $10 for live stream access on YouTube. Click here to order tickets or for more information.