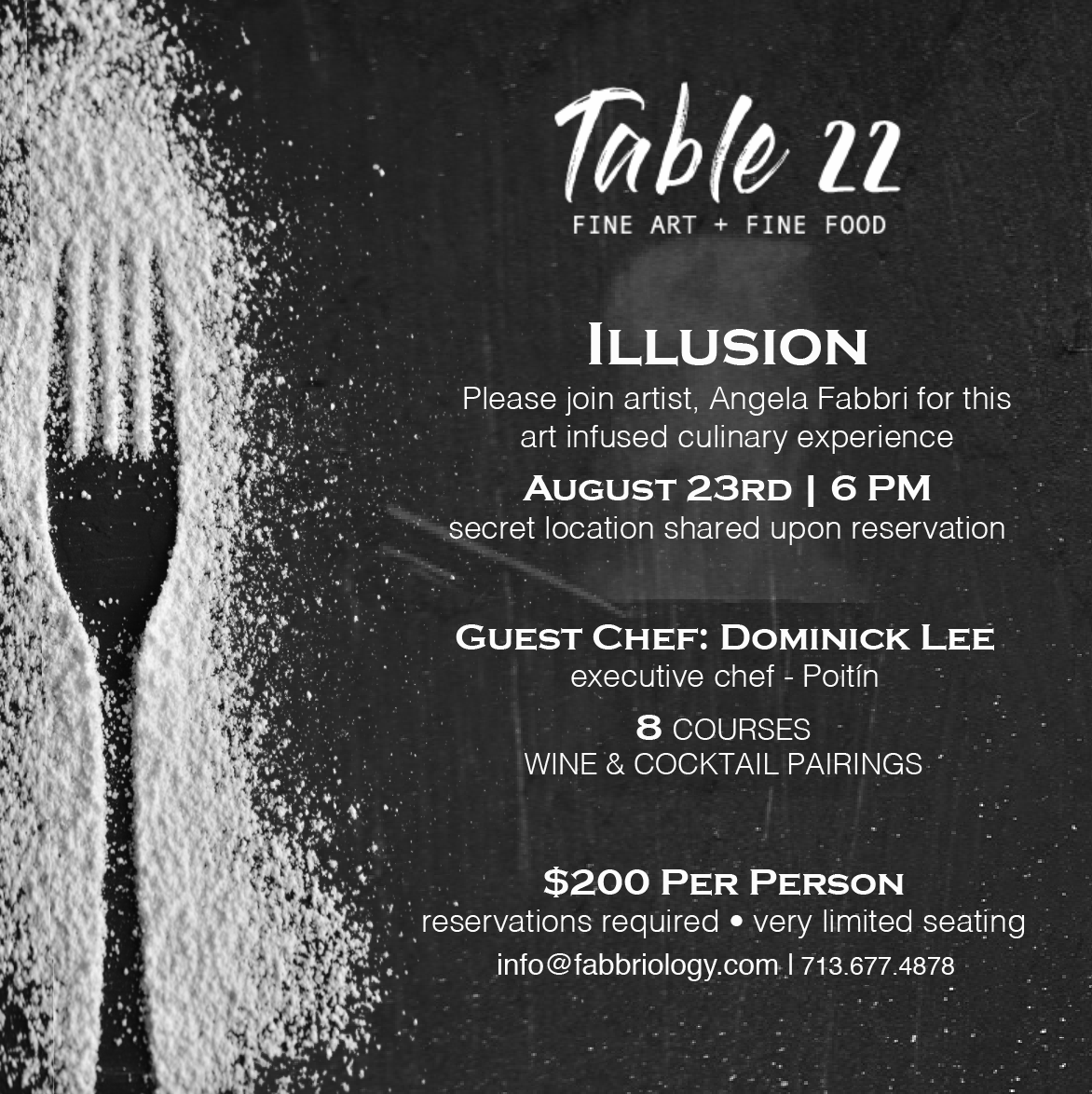 Bringing the kitchen to the studio, Table 22 is an art infused, pop-up dinner series created by Houston artist Angela Fabbri.

Foodies and collectors come together for a one-of-a-kind dining experience.

The dinner’s location will be revealed with reservation confirmations.

Dominick Lee, Executive Chef at Poitín, hails from New Orleans, Louisiana. He attended The Art Institute of Houston where he had the opportunity to meet Chef Chris Shepherd on a behind-the-scenes tour of Underbelly. Shepherd quickly became an inspirational role model to the ambitious chef-in-the-making, and he was ultimately awarded the inaugural Chris Shepherd Underbelly Scholarship, which funded a significant portion of Lee’s education. Prior to being the executive chef at Poitín, Lee was the executive Sous Chef at Kiran’s where he trained closely under Houston’s godmother of Indian cuisine.

Tickets are $200 and include dinner, drinks, and the intimate dining experience. Click here to make reservations (or be added to the waiting list) or for more information.