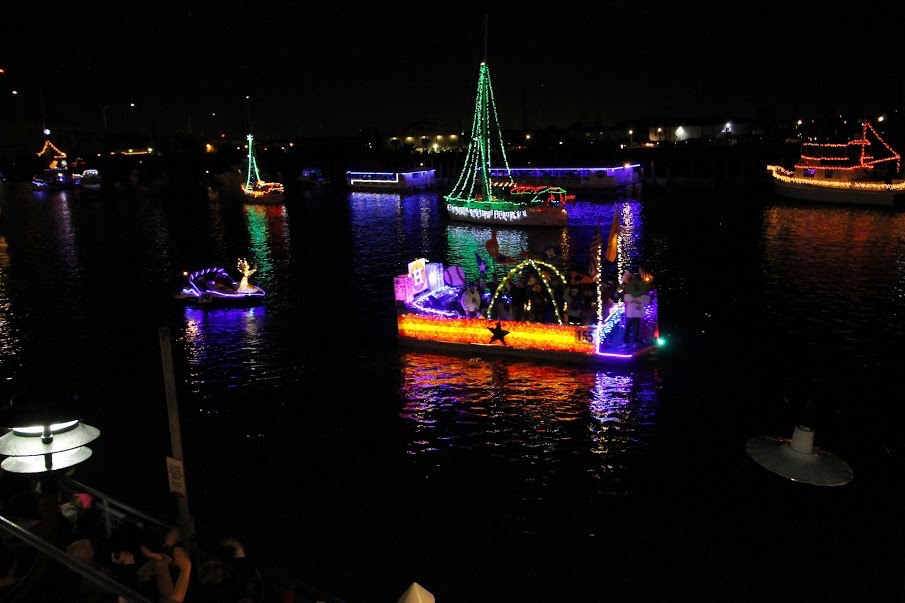 Each holiday season since 1962, Bay Area boat owners have been gussying up their sailboats and power boats and joining in an entertaining and festive Christmas parade. It’s part sunset cruise, part art car parade, and part shoreline holiday magic.

These days, more than 60 sailboats and power boats participate in the parade itself and more than 100,000 spectators show up around the lake and the bay to take it all in.

The parade starts out at 6pm from the South Shore Harbour Marina and the Nassau Bay Lagoon, following the boat lane through Clear Lake and through the Clear Lake Channel where it exits out into Galveston Bay, before turning back around and heading home.

It will take about 45 minutes for boats to travel from South Shore Harbour Marina to the Kemah Boardwalk. It’s not a race so expect the boats to float by at a slow, leisurely, and lazy pace.

The waterside restaurants on the Kemah Boardwalk and at The Point in Seabrook across the channel are popular spots to gather and watch the parade. If you’re vying for one of those tables or spots at the bar, you’d best arrive well before sunset. The start of the parade should reach Galveston Bay at approximately 6:45pm.