Comedy writer and comic Andy Huggins take to the stage for an at Campbell Hall at the Pasadena Convention Center & Fairgrounds. A graduate of both The Comedy Store in Los Angeles and Houston’s legendary Comedy Workshop, Huggins is a 30-year veteran of both clubs and concerts. He has written for Bill Hicks, Jay Leno, and Billy Crystal on The Academy […] 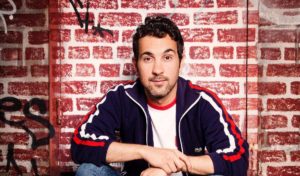 Houston Improv welcomes comedian Mark Normand for five shows. With relentlessly punchy writing and expert delivery, Mark Normand has quickly become one of the most talked about comedians on the scene. He recently self-released a one-hour special Out To Lunch on YouTube, which has amassed over 1.2 million views. An extremely prolific stand-up, he previously had […]