Art Factory presents The Last Five Years at the Docks 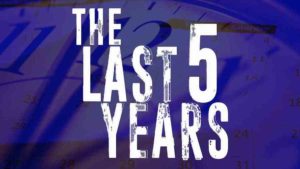 Art Factory presents The Last Five Years, a bittersweet musical about love, at its home theater at the Docks. Before it became a feature film starring Anna Kendrick and Jeremy Jordan, The Last Five Years began as a stage musical that was hailed as one of the 10 Best Shows of 2001 by Time magazine. Showtimes Saturday, January

ROCO presents “Queen of Hearts” in Concert on Facebook Live