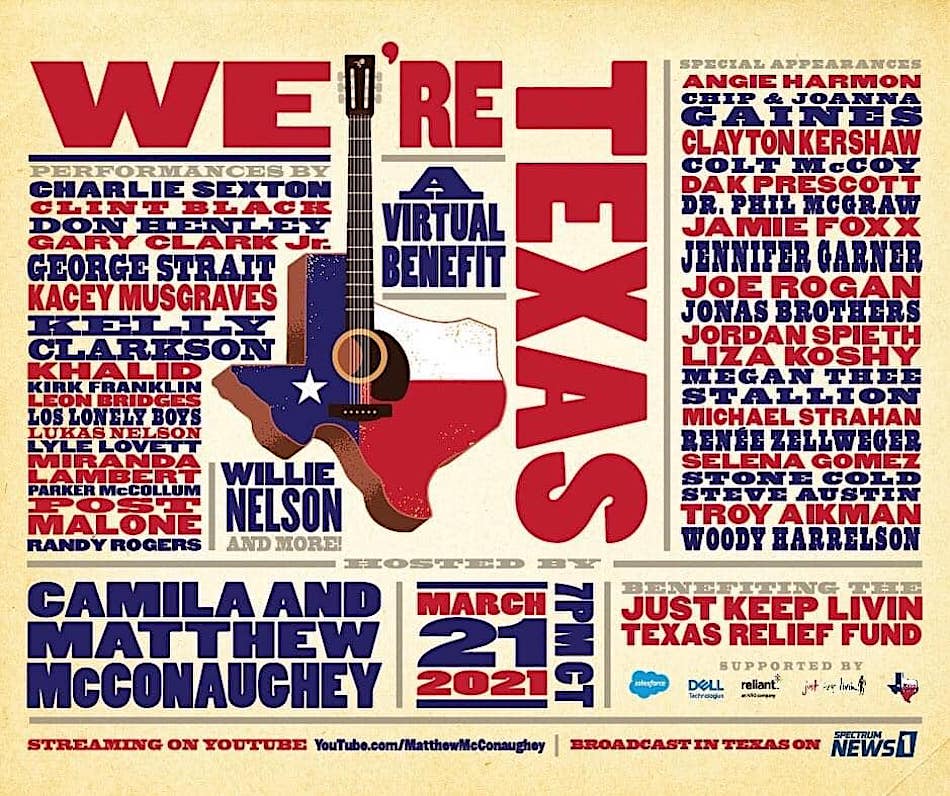 The event is a fundraiser to help Texas recover from the winter storm. All donations will be directed to Texas organizations on the ground.

The free concert can be viewed on Matthew McConaughey’s YouTube channel. Donate or learn more.