Dine Out for Charity on Galveston Island 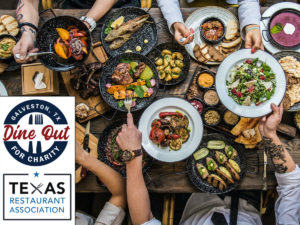 Texas Restaurant Association's Galveston Chapter and Galveston Convention & Visitors Bureau (CVB) present a 21-day Dine Out for Charity event, featuring special meals with charitable donations built into the prices. Each of the 30 participating restaurants will feature three lunch and three dinner options that automatically include a charitable donation to one of several local […]

Stages Repertory Theatre presents an evening of poetry and spoken word with Jasminne and Lupe Méndez. Stages Studio Sessions The performance is part of a weekly series featuring eight different talented performers from the Sterling Stage at the Gordy. Each week's featured performer will be live streamed on Friday at 7:30pm, followed by a 48-hour chance to […]

See all sorts of painted, pasted, and carved art car masterpieces as Traders Village flea market welcomes the Houston Art Car Klub for their Annual Art Car Show. This is an outdoor event. There will be face masks and social distancing guidelines to follow. Social Distancing & COVID-19 Precautions Businesses around Greater Houston and the […]

Celebrate Nigerian Independence Day at an outdoor festival and vendor market at Royal Palace. Social distancing and face masks are required. Social Distancing & COVID-19 Precautions Businesses around Greater Houston and the State of Texas are opening up and individual social distancing practices vary from location to location. Masks are still strongly encouraged and recommended […]

The Houston Texans face off against the Minnesota Vikings, live from NRG Stadium, with limited, in-person tickets available. The Texans have announced limited fan attendance for this game at NRG Stadium, along with public safety and capacity rules. Social Distancing & COVID-19 Businesses in Houston have opened under modified protocols, following guidelines administered by local […]

Georgia James chef de cuisine Greg Peters shares his secrets of smoking ribs with an online class that also includes boudin, charred green bean panzanella, tater tot casserole, a dozen assorted cookies, and a six-pack of Karbach Horeshoe. You will need a grill to participate in this class. This event will be held online via […]

Join hosts Chris Ardoin and Leon Chavis along with DJ Big Smoove and DJ Chad for the Zydeco Matters Fest at Zum Biergarten. Masks are required for entry. Social Distancing & COVID-19 Precautions Businesses around Greater Houston and the State of Texas are opening up and individual social distancing practices vary from location to location. […] 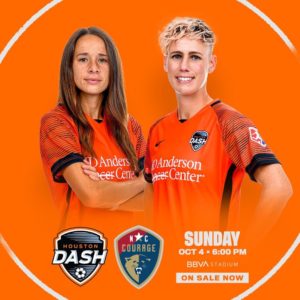 The Houston Dash continue their NWSL Fall Series with a match against the NC Courage at BBVA Stadium. For Houstonians, this is also the chance to attend one of the first sporting events in the city as BBVA Stadium, in accordance with the City of Houston regulations, will open up for limited capacity attendance and […] 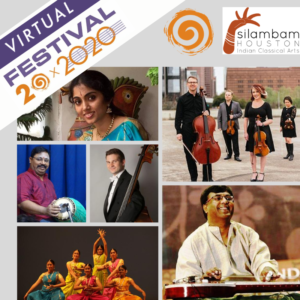