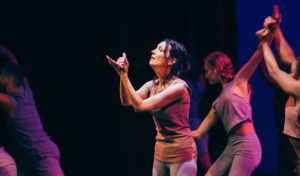 Embrace the diverse lives we lead at the ReelAbilities: Houston Film Festival at Edwards Greenway Grand Palace 24. Attendees have the chance to see up to 16 films dedicated to celebrating the lives, stories, and talents of people with disabilities. Each of the films features an interactive event to foster dialogue between the audience, the filmmaker, parents,

Inspire Film Festival in The Woodlands

Take part in a five-day cinematic festival featuring a variety of enlightening films that celebrate the human spirit. Each screening is followed by a panel discussion with the filmmaker and subjects from the film. Click here for the schedule. Admission Tickets for festival passes cost $150; discounted passes available for students are $50; teachers $75;

President’s Day Brunch at The Rustic

Nosh on The Rustic's famous Jam and Toast brunch while jamming out to live music by Adam Estes when they extend their weekend brunch through Monday for the holiday weekend. Admission No cover. Food and drinks are on you. Click here for more information.

Visit the Children's Museum of Houston and enjoy it with dimmed lights, limited extra sounds, and no distracting motions on Sensory Friendly Day. Extra signage is added to help visitors determine things not to climb on and on entrances between exhibits where it is good to stop and wait for an adult before continuing. Admission

Amber Liu in Concert at House of Blues

An ex-member of the South Korean girl group f(x), Amber Liu released her debut studio album, Beautiful, in 2015, soaring up international charts. Now, with the January release of her second album, X, the K-pop singer finds herself stateside for a tour that brings her to Downtown's House of Blues. Admission Tickets are $28, but