This weekend, Jay Mohr graces the stage at Houston Improv for three nights of tear-inducing laughter and hilarity. Known for his roles on Saturday Night Live and his CBS sitcom Gary Unmarried, Jay Mohr has held a resilient career for three decades in television and film, including co-starring performances in Jerry Maguire and Picture Perfect, opposite Jennifer Aniston.

The Texas Katy 10 Miler is fun for the whole family with different lengths to tailor each person's comfort level, while also getting a chance to explore seven cities in the Houston area and beyond. The third race takes place in Katy, with Conroe to follow in December. Admission Registration is $60 for the 10-miler,

Join Bayou Bikers for a 25- to 40-mile ride along the bayous. Meet at Market Square Park.  Admission Free. Click here for more information. Brunch & Bubbly at The Groves

|Recurring Event (See all)
An event every 1 week(s) on Sunday that lasts 0 day(s) and 2 hour(s), the last of which will begin on Sunday, November 24, 2019
Multiple Venues,
Houston, TX United States Perry Homes hosts Brunch & Bubbly every Sunday in November at The Groves, a one-of-a-kind, master-planned community in Humble. Tour four model homes and indulge in a full catered brunch featuring gourmet waffles with tasty toppings and a triple juice mimosa bar. There will also be a prize drawing. Schedule The Groves 60' | Sunday, 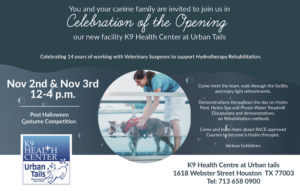 Celebrate the opening of the K9 Health Center at Urban Tails, a facility a provides hydrotherapy rehabilitation for dogs. Meet the team, enjoy refreshments, and learn about hydrotherapy with plenty of demonstrations. There will also be a post-Halloween costume competition for your pets. Admission Free. Click here for more information. Photo

The Hands That Feed Houston at Flatland Gallery

Celebrate the opening of The Hands That Feed Houston photo exhibit at Flatland Gallery. Enjoy complimentary treats and wine and be a part of the Farmer Q & A from 2pm to 2:30pm. Get to know the farmers who were a part of the project and learn about daily life as a food producer for

Hoping to help lift the stigma associated with depression and mental health, local chef Jody Stevens launched the Houston version of international cake pop-up, The Depressed Bake Shop. Now in its seventh year, the free to the public bake sale returns with gray confections and cakes created by both home bakers and celebrity pastry chefs. 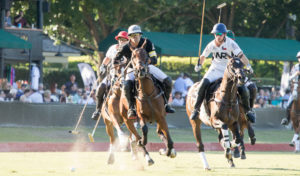 The Houston Polo Club hosts the Texas Open, a USPA competitive match with two teams and 6 Chukkers of thrilling polo. Enjoy great polo, live music, a champagne divot stomp at halftime, door prizes by HPC, and a meet and greet with the pros. Admission Tickets start at $30 for adults; $15 for children on

Lysistrata at the DeLuxe Theatre Classical Theatre Company presents the most well-known of Aristophanes’ ancient Greek comedies and the pinnacle of sociopolitical satire, Lysistrata. The women of Greece have had enough of the seemingly never-ending Peloponnesian War, and they’ve decided to do something about it. Lysistrata gathers the women from across the warring states of Greece and they make a Watch a production of Alley Theatre's Vietgone by Qui Nguyen, a contemporary twist on the boy meets girl story. It’s 1975. Saigon has fallen. He lost his wife. She lost her fiancé. But now in America, a strange new land of cowboys, hippies, and bikers, these two Vietnamese refugees just might find each other. Using

Join Love & Make for an interactive soy wax candle-making workshop. Instructors will teach you the fundamentals of candle-making from start to finish in a fun, laid-back environment. Experience the joy of designing your very own, signature candle fragrance. BYOB encouraged. Click here for more information on Love & Make DIY Workshops or to book a

The Story So Far in Concert at House of Blues

A year after debuting their fourth studio album, Proper Dose, the pop-punk band, The Story So Far makes their way to Downtown's House of Blues. The Frights, Hunny, and Just Friends open the show. Admission Tickets range from $27.50 to $59.50, but you may find better or cheaper seats using the TicketNetwork online marketplace.

Jam out to songs like “Forever Country,” “She’s in Love With the Boy,” and “Walk Away Joe” as the three-time Grammy-winner, Trisha Yearwood, performs live at Smart Financial Centre. Admission Tickets start at $39.50, but you may find cheaper or better seats on TicketNetwork’s resale site.

The Zoltars in Concert at Rudyard’s British Pub

The garage psych-rock band, The Zoltars, headlines at Rudyard's British Pub in Montrose. Openers include The Wiggins, Ezra Black, and Softwear. Admission Cover charge is $8. Click here for more information.

Sunday Night Fever at The Flat