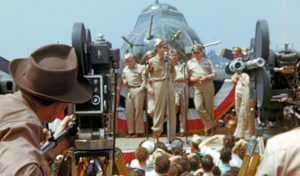 Get an exclusive inside look at the documentary, The Cold Blue, when Lone Star Flight Museum hosts two special screenings. The film, directed by Erik Nelson, is a tribute to one of the world's great filmmakers and the men of the 8th Air Force who flew harrowing B-17 bombing missions in the Second World War.

Show your support for the anti-bullying program, No Bully Here, during a free musical performance at Miller Outdoor Theatre. Featuring both well-known names and student artists, the celebration promotes the idea of art as a healthy and engaging expressive outlet. Admission No cover. Click here for more information.

Team up with a group of paddlers and race through Lake Woodlands in a colorful, dragon-headed canoe that spans 40 feet and weighs more than 1800 pounds. The YMCA’s annual challenge, which includes several team-oriented activities, aims to promote camaraderie, teamwork, and community spirit among its participants. Admission Registration is $1000 per team; $875 for

Pinot for the People at Pappas Bros. Steakhouse Downtown

Join the sommeliers of Pappas Bros. Steakhouse for a special wine tasting that highlights some of their favorite pinot noirs. They’ll offer wines from Burgundy and Sonoma, plus a few others from up-and-coming regions. Admission Tickets are $75 per person, plus tax and gratuity. Click here to order tickets or for more information.

Ryde for a Reason Benefit and Silent Auction at The Astorian

Leave your spin shoes at home for Ryde for a Reason, Ryde fitness studio’s fourth annual fundraiser benefitting United Against Human Trafficking. Held at The Astorian, the event includes drinks, dancing, a silent auction, and dinner. Admission Tickets are $75. Click here to order tickets or for more information.

For the first time in a decade, the Grammy-nominated pop rock icons the Jonas Brothers return to Toyota Center in support of their comeback album Happiness Begins (released Friday, June 7, 2019). Jordan McGraw opens. Doors at 6:30pm. Show at 7:30pm. Admission Tickets start at $64.95, before ticketing fees, but you may also find better, cheaper,

The Winter’s Tale at The Alley Theatre 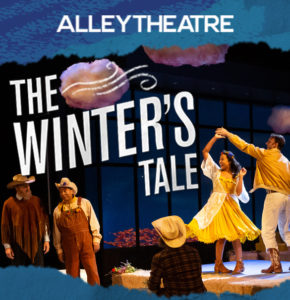 In The Winter’s Tale, romance, comedy, and redemption take center stage at the Alley Theatre. Set in Texas, this magical tale is viewed through the imaginative eyes of a young, Houstonian child. The Alley Theatre Resident Acting Company joins together to tell Shakespeare’s beloved fable of hard-won joy and the promise of renewal. Admission Tickets start at $28,

Tom Stoppard’s play examines the idea that if there are only facts and matter, what is consciousness? The push-pull of these are laid bare in The Hard Problem, Stoppard’s latest play. Main Street has a history of performing works by the writer, so expect their solid treatment of his language, ideas, and study of being

School Girls: Or, the African Mean Girls Play at the Ensemble Theatre

Ensemble Theatre in Midtown presents a production of School Girls: Or, the African Mean Girls Play. Paulina, the reigning queen bee at Ghana’s most exclusive boarding school, wants to be Miss Universe. But her dreams are threatened when Ericka, the new, beautiful and talented student on campus, catches the eye of the pageant recruiter. Admission 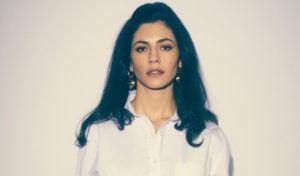 Also known as Marina and the Diamonds, the pop singer-songwriter, Marina, performs live at Revention Music Center. Doors at 7pm. Show at 8pm. Admission Tickets start at $48. Click here for more information. Photo courtesy of Revention Music Center This Boosted Calendar Listing was sponsored by the event organizer. These are expanded beyond 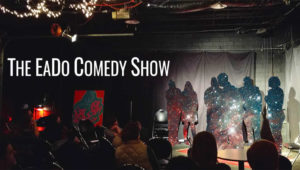 Catch plenty of high-energy characters, fast-paced scenes and personal absurdities in The Eado Comedy Show, CSz Houston’s long-form improv show that draws from the fun East Downtown neighborhood vibe. You provide the inspiration and the Eado talent will take it from there, delivering a show that’s unscripted and unexpected. Because the shows are based on audience input, it’s

Known for his roles in film and television, including the dog-catching dad in the Friday trilogy, John Witherspoon arrives at the Houston Improv for an extended weekend of his wildly popular and hilarious stand-up act. Schedule Thursday, September 26 at 8pm Friday, September 27 at 7:30pm and 9:45pm Saturday, September 28 at 7pm and 9:30pm Sunday,