Catch a sneak peek of what’s to come in the Houston Texans’ 2019 to 2020 season as they take the field for training camp at NRG Stadium. Admission Tickets for the first run are sold out, but you may find hard-to-get seats on TicketNetwork's resale website. 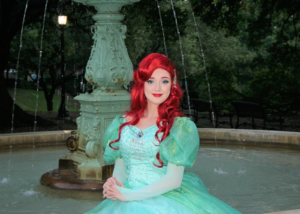 Fort Bend Children's Discovery Center hosts a princess party, with look-alike characters dressed like Belle, Ariel, and Jasmine. Admission Museum admission is $12; $11 ages 65 and up. Members and infants under 1 are free. Click here for more information.This Boosted Calendar Listing was sponsored by Visit Sugar Land. These are expanded beyond our basic listings, featuring […]

Cool off from the summer heat with an educational puppet show and back-to-school fashion show at MD Anderson Cancer Hospital’s Back-to-School Bash in The Galleria. Benefitting the hospital, the fashion show will feature pediatric cancer patients, their siblings, and MD Anderson caregivers.  Admission Free to attend. Donations accepted. Click here for more information.

Jaston Williams: Don’t Blame the Car! At The Grand 1894 Opera House in Galveston

Hear Jaston Williams tell stories from his life and childhood when the writer and actor takes the stage at The Grand 1894 Opera House in Galveston. Admission Tickets start at $27.

Rock out to a full lineup of heavy metal bands during the Summer Slaughter Tour at White Oak Music Hall. Performers include Cattle Decapitation, Carnifex, The Faceless and more. Admission Tickets start at $25, but you may find better seats on TicketNetwork’s resale site.

Rad on the Bend at Bayou Bend Collections and Gardens

An event every week that begins at 4:00 pm on Saturday, repeating until Saturday, August 31, 2019 Signature Events by J.J. hosts a '90s throwback party, with outfit contests, dance-off contests, and more, all focused on hip hop and R&B. There will be a collection at the door for school supplies for children at need. Admission Tickets start at $15, but limited discounted tickets start at $7.50. Click here to check for […] Archway Gallery in Montrose hosts a free opening reception for its newest exhibition, Inherently Eclectic, featuring recent paintings by Susan Spjut along with complimentary wine, light bites, and valet parking. There will be artist remarks 6:30pm. The exhibition will be on display from Saturday, August 3 through Thursday, September 5, 2019. Susan Spjut is a painter […] 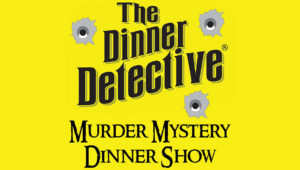 Named Best Dinner Show in Los Angeles and Denver four years running, The Dinner Detective serves Houston with a tasty whodunit along with a seated four-course dinner. The comedic murder mystery is set in the present day, so you’ll never know whether someone at your table is one of the talented cast of improvisers. In […]

Huntsville's native son returns to Houston after performing to 73,000 at the Houston Rodeo. Cody Johnson’s new album “Ain’t Nothin’ to It,” debuted at the top of Billboard’s Top Country Albums chart in January. Johnson will be joined by special guests Jerry Jeff Walker, Cory Morrow, and Jesse Raub, Jr. Doors at 6pm. Show at […]

Let your creative juices flow when Saint Arnold Brewery hosts a DIY Art Car Paint Night at Bungalow Heights—one of three related pop-up events happening around town. As the name suggests, Saint Arnold will provide a white car that participants can paint in any way they choose, though preferably with an Art Car IPA in […]

Party in Pink at Axis & Alibi

Wear pink to this fundraising event at Axis & Alibi, where you can mix and mingle with craft cocktails and complimentary light bites while supporting the efforts of Susan G. Komen Houston. Upgrade to VIP for your own seating area with bottle service by donating additional funds to the worthy cause. Admission Tickets start at […]

Bone Thugs-N-Harmony in Concert at House of Blues 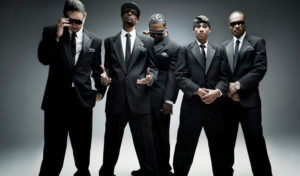 Consisting of rappers Bizzy Bone, Wish Bone, Layzie Bone, Krayzie Bone, and Flesh-n-Bone, the group from the early '90s, Bone Thugs-N-Harmony performs live at House of Blues. Doors at 8pm. Show at 9pm. Admission Tickets start at $30. Click here for more information. This Boosted Calendar Listing was sponsored by the event organizer. These are expanded beyond […]

Gaze at the stars alongside members of the Houston Astronomical Society, who will happily point out to fellow onlookers the moon, planets, and various deep-sky objects. Admission No cover. Click here for more information.

One Year Anniversary: Down the Rabbit Hole at Present Company

Cheers to the one-year anniversary of Montrose’s Present Company at their Alice in Wonderland-themed soiree, complete with inspired cocktails, giveaways, costumes, and DJs.  Admission No cover. Click here for more information.

Black Pumas in Concert at Axelrad

Homeshake in Concert at Satellite Bar

Catch a set from the Montreal-based singer-songwriter, Homeshake at Satellite Bar in the East End. Admission Tickets start at $20. Click here for more information. 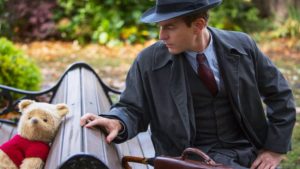 Sugar Land Town Square hosts a free screening of Disney's live action 2018 film Christopher Robin, in which an adult, and overworked Christopher Robin is confronted by Winnie the Pooh and his former stuffed friends from the Hundred Acre Woods. Admission Free. Click here for more information.This Boosted Calendar Listing was sponsored by Visit Sugar Land. These […]

Celebrate with the bluegrass band, Hickory Hill as they release a new album and commemorate 40 years of making music together at Dosey Doe Big Barn. Based in Avinger, Texas, the band has been performing and writing original music for four decades, and make their debut performance at Dosey Doe. Doors at 6:30pm. Show at […]

Austin-based Jasmine Ellis has graced the stage at several national festivals, including Moon Tower Comedy Festival, Out of Bounds Fest, and Blue Whale Comedy in Tulsa. Her energetic delivery and entertaining takes on pop culture landed her a spot in the PBS documentary series, Stand Up Empire, which profiled some of Austin's top up-and-coming comedians. Admission […]

Tighten Up Soul Weekender Night at The Continental Club

Dance the soul music with live DJs spinning vinyl and a live performance from the "Tighten Up" singer, Archie Bell at The Continental Club. Admission Free to attend. Click here for more information.

Dance the night away when the Orange Country EDM DJ and producer, Devault, performs at Stereo Live Houston. Admission Free with RSVP. $5 for express entry. Click here for more information.