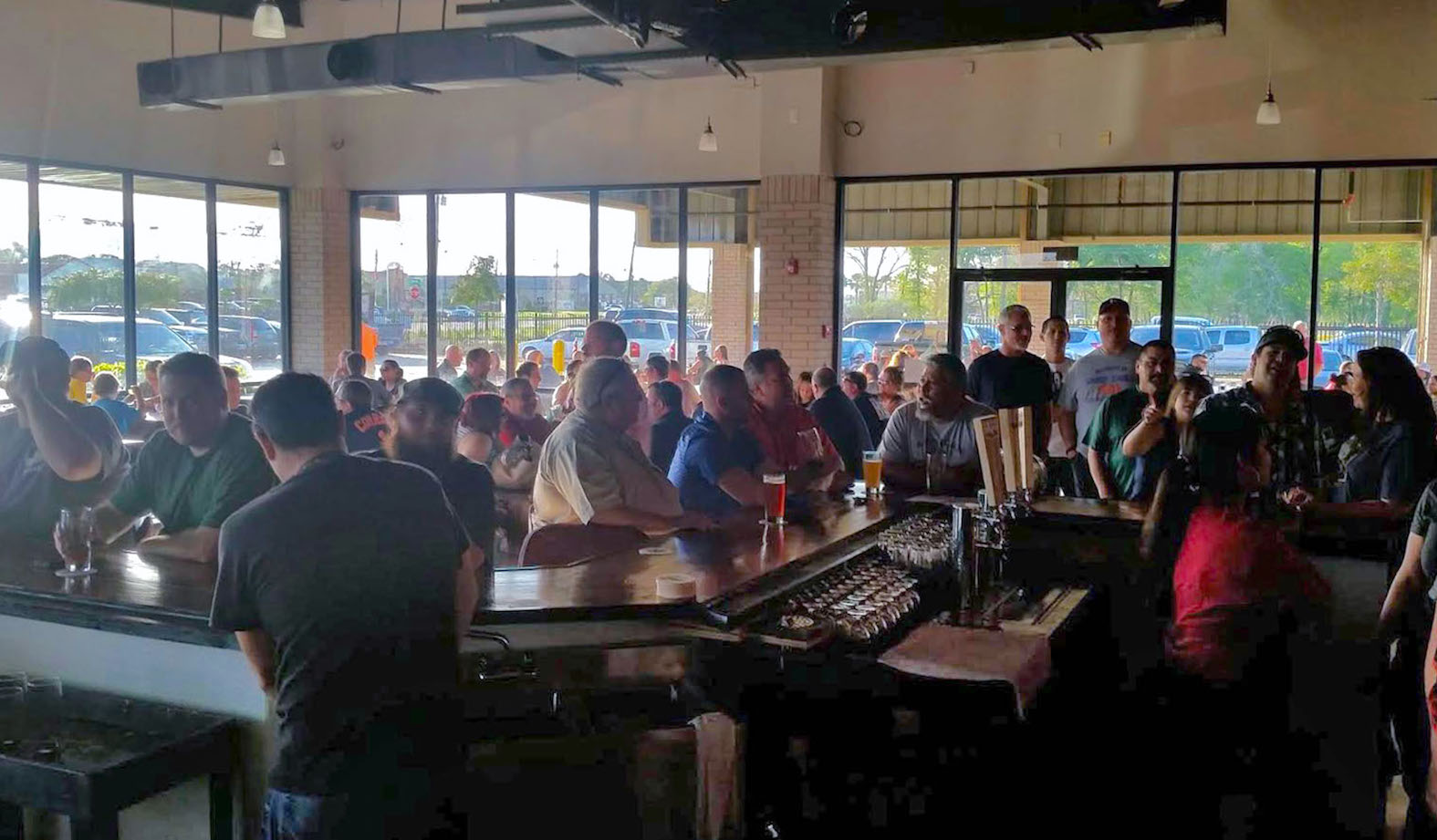 Cast your line at the hidden gem known as Bakfish Brewing in Pearland.

Though it might be the third-largest city in Houston’s metro area, Pearland’s beer culture may have been characterized as something of a “beer desert”. Outside of bars and restaurants, the age-old brewing process rarely left the homes of its suburban residents.

However, that all changed in 2016 when Bakfish Brewing Company brought the microbrewery universe to the city by planting their taproom on Broadway Street.

In a brief timeframe, Bakfish has become a communal lure, bringing Pearland residents together to enjoy a pub-like atmosphere and the subtlety of beer brewing.

A Seat for Every Pearlandian

From the street, you’ll be able to spot their bright, multi-colored painted pear out front—one of only ten locations in the city to feature the art sculptures.

Find a spot in the plentiful parking lot and make your way through the several rows of covered picnic tables under their awning. With this much outdoor seating, expect for Bakfish to be a popular spot for those wishing to combine the refreshing brews with summer heat.

Inside, you’ll find many more tables that offer an escape from outside elements along with a bar that snakes around their tap wall. Pull up at a seat next to their friendly regulars and feel free to chat with their sociable bar staff about anything from the types of hops used in their brewing to the nuances of local barbecue.

Bakfish’s brews provide a full spectrum of ales and lagers starting with their five flagship beers and a full menu of seasonal rotations.

You’ll also find several seasonal brews on tap (the Cheap Sunglasses Pale Ale that we tried was exceptional and definitely worth checking out). The rotations generally offer four or five additional beers to an already sizeable menu, making sure to hit the beer drinker across the full spectrum.

Their unusual name makes for a popular question at the brewery but it takes after the initials of its founders, Brian Allen and Kris Szecsy (Brian And Kris). The “fish” part refers back to Kris’ history in marine biology—a career that he left behind in 2016 to get Bakfish up and running along with Brian (who also left his own career).

Their bold move into a new industry—especially one not active in Pearland—has paid off tremendously. With canning underway, Bakfish have sent their brews across Houston and beyond.

Keeping an active events calendar, from Geeks Who Drink Trivia to Running Clubs and taproom releases, has helped welcome the Pearland community through its doors to toast to tasty beer and each other.

While they do offer 3 tokens and a souvenir glass for $15, you can go by-the-pint starting at $4 up to about $8, depending on the beer style. Growler fills and take-home cans of select beers are also available.

There is no kitchen, but food trucks occasionally will stop by and you’re more than welcome to bring your own food or have it delivered.

Brewery tours are not scheduled, but staff generally is available to bring you to the back upon request and show you around.