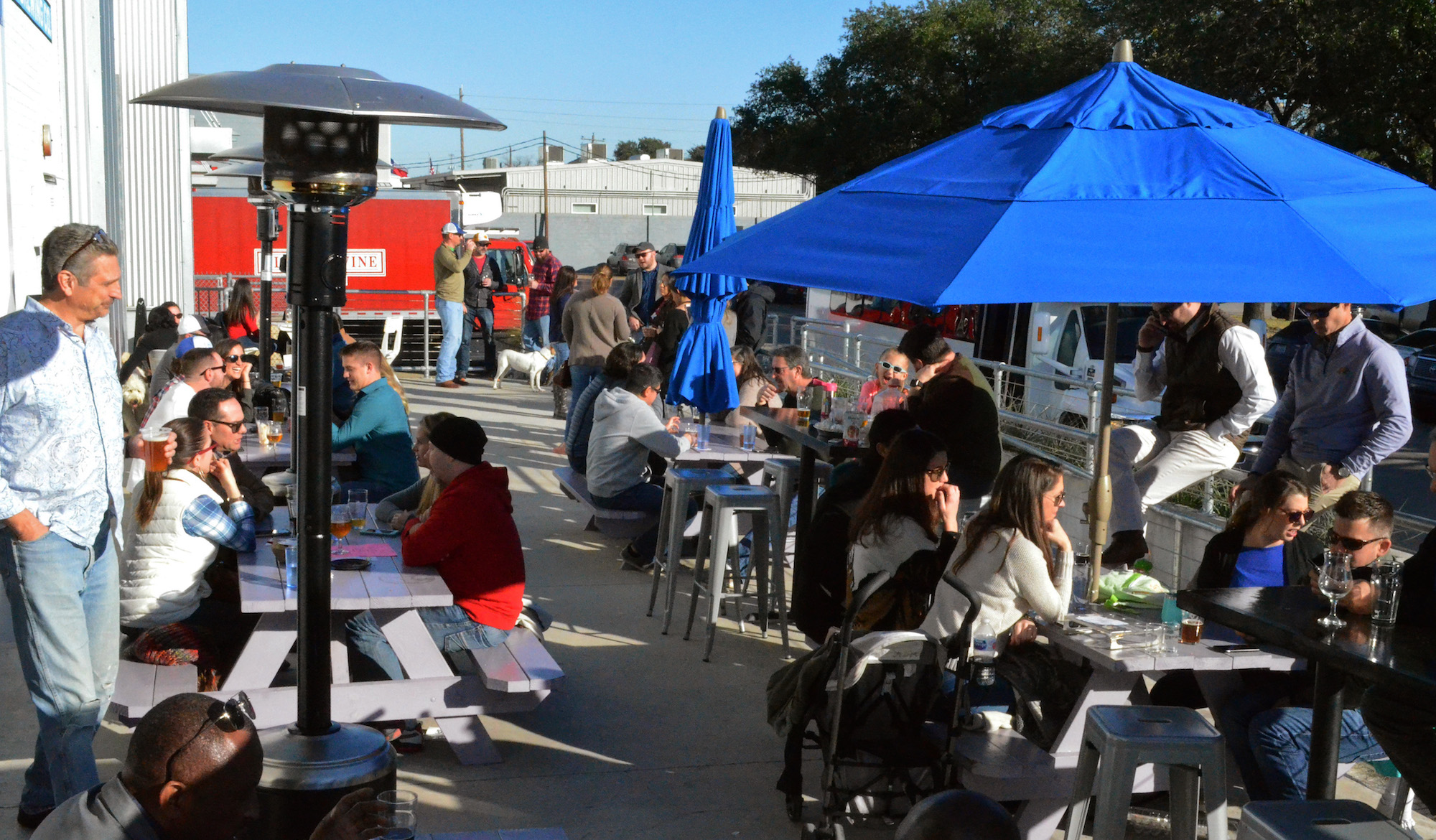 Enjoy a well-tuned brew at Holler Brewing Co., nestled among the artist studios of Sawyer Yards and overlooking Downtown in the Washington Avenue Arts District.

Nestled among the burgeoning artist community in Sawyer Yards, Holler Brewing Company is working hard on a creative craft of their own—beer.

Since opening at the tail end of 2016, brewery founders John and Kathryn Holler have been producing high quantities of high quality beer and delighting art-goers with a thirst for craft.

In the shadow of the old Mahatma rice silos, Holler is situated in the industrial yet clean circle of artists’ studios, fitness gyms, and expanding retail storefronts.

Drawing in those thirsty patrons from nearby businesses, it can be tough at times to find a seat in the taproom particularly during special events. Thankfully, the tables and chairs spill out into the sprawling outdoor spaces to provide visitors with a beautiful downtown skyline view from the front patio.

And if the view isn’t enticing enough, then the smell wafting over from the food trucks parked out front will have you mingling among the pups on the patio on a nice night.

Beer That Will Make Your Tastebuds Shout

At Holler, you can pair the food truck fare with your choice of about ten beers on tap including seasonal brews, special batches, and year-round mainstays.

In the late winter during our visit, we loved the following pours.

A Passionate Power Couple Bursts on to the Beer Scene

Beyond our selections, you can’t really go wrong with any of the taps at the bar and that can be credited to how seriously the founding husband-and-wife team take their craft efforts.

Homebrewing since 2011, John and Kathryn left their day jobs and labored for 18 months sorting through building permitting and planning, recipe tweaking, and gathering the equipment to carry out their dream.

The craft beer that pours from their taps has drawn accolades from patrons, critics, and fellow brewers around town.

Even though the brewing is taken seriously, the brewery offers a friendly and lively environment where all walks of life; old and young, friends and couples, babies and pups, can share a comfortable setting in the shadow of Downtown Houston.

Maximize your visit by dropping in during Second Saturday, a Sawyer Yards market event that opens the doors of studio spaces and brings retailers to the masses on the second Saturday of each month.

Prices range $3 for small-size pours, $5 for a standard pour, and $15 for a flight of six beers. The pours are standard based on the specific glassware the beer is poured in (i.e. some might be a 16oz. pint whereas others might be a 10 oz. snifter).

Events roll through the brewery regularly, from steak night on Wednesdays to yoga and fun runs on other days, as well as special one-offs and private gatherings. Click here to check for special upcoming events at the brewery.