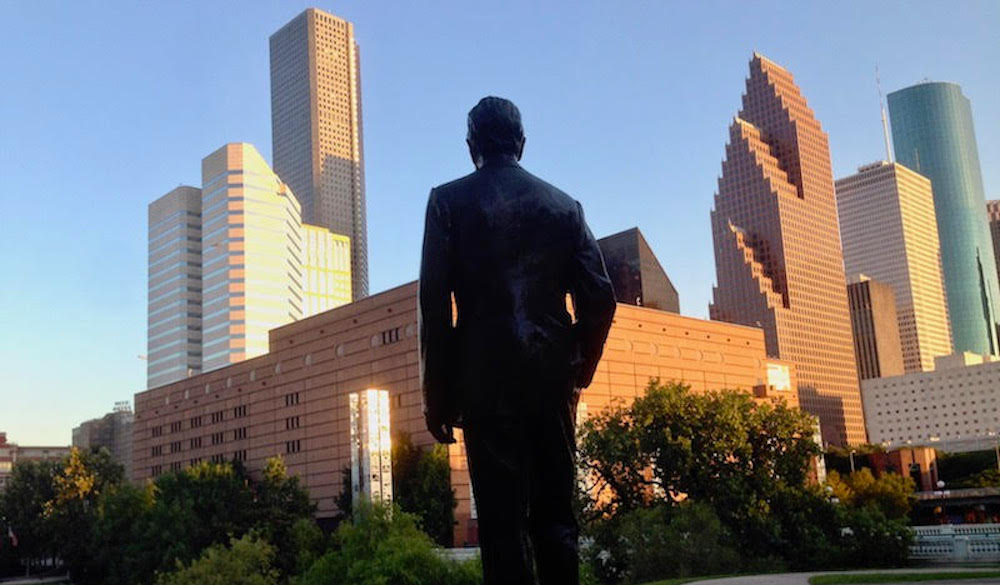 In our Park Spotlight series, we take a closer look at Houston’s vast array of public recreational areas to shine a light on hidden and not so hidden gems. This week we’ll be spotlighting Sesquicentennial Park. Join us as we take a trip through Houston, park by park.

Spearheaded by the Buffalo Bayou Partnership and Central Houston, the park was established in 1986 to commemorate the 150 year anniversary since the founding of Houston.

The result of a nationwide design competition led by the Rice Design Alliance, it’s easy to get a feel for what all went into this beautiful park when you lay your eyes on the park’s attractive and serene green spaces, cascading waterfalls, and distinctive night lighting.

While visiting Sesquicentennial Park, be sure to keep your eyes peeled for the park’s many outstanding art pieces and historic photography displays.

Created to commemorate Houston’s 150th birthday in 1986, the celebratory park was built in two phases.

The 2.2-acre entrance to the park and the 10.4-acre site that flanks Buffalo Bayou as it flows past Wortham Theater Center and the northern section of the Houston Theater District was completed in August 1989.

The Value of Owning Original Art