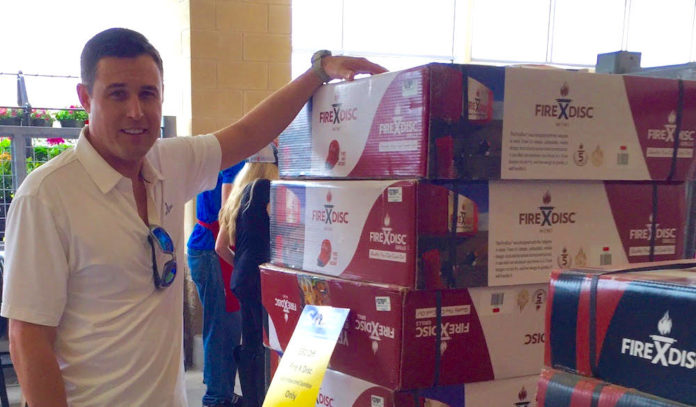 Each week, our My Top 5 series showcases Houston entrepreneurs, creators, and makers and shares their favorite things to do in Houston in their time off. This week at the start of the summer season, we’re very pleased to feature a special double edition featuring the co-creators of FireDisc portable grills, Hunter Jaggard and his brother Griff. Click here to see Griff Jaggard’s My Top 5.

Hunter Jaggard is CEO of FireDisc Cookers, which he co-founded with his brother Griff. Designed for people who love the outdoors, FireDisc’s three-piece cookers are stored flat, easy to assemble, and adapt to uneven surfaces. Frustrated with a lack of dependable and reliable methods to cook meals for large groups outdoors, the brothers invented FireDisc Cookers. Born in Houston and a Texas Tech graduate, Griff lives in Katy with his wife Brittney and his daughters Aubrie Joy and Savannah Hunter.