Home Archives Past Festivals + Events Jump to lightspeed at a free screening of Star Wars: The Force... 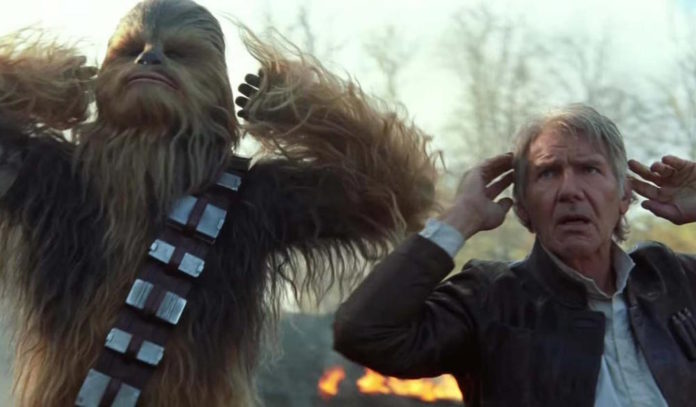 Use the force for good and get yourself to a free screening of Star Wars: The Force Awakens at Miller Outdoor Theatre on Thursday, June 30, 2016.

Coming very soon to an outdoor lawn near, near you is the movie screening you were destined to witness beneath the stars.

You may have seen the film in theaters already, maybe you haven’t seen it yet, but either way nothing quite beats viewing the latest installment of the epic Star Wars saga in an outdoor setting in the Museum District.

About Star Wars: The Force Awakens

Follow ex-stormtrooper Finn, scrappy desert dweller Rey, and droid companion BB-8 as they get caught up in a galactic war when they come across a map containing the whereabouts of the vanished Luke Skywalker.

Viewers will embark on an epic adventure that brings the cast face-to-face with heroes from the past like Han Solo, Chewbacca, Princess Leia, and C-3PO as they face new villains such as Kylo Ren and the First Order in a fight for the future of the universe.

This film is rated PG-13 for sci-fi action violence. Click here for an up-to-date weather forecast.

Get outdoors while watching live shows at Miller Outdoor Theatre