Explore the Greek isles with wine and delectable recipes featuring locally-sourced foods at the popular Helen Greek Food and Wine in Rice Village.

Evan Turner is having a moment. A few of them, actually. Helen Greek Food and Wine, the restaurant he co-owns with Sharif Al-Amin and Tim Faiola and helmed by Chef William Wright, just landed on Houstonia’s list of best new Houston eateries. The place won raves from Texas Monthly’s Patricia Sharpe. And Turner took home to top prize in the annual Iron Sommelier event earlier this month.

Talk about being on top of the world.

“It is absolutely terrifying,” Turner laughed.

The Uncommon Origin of Helen Greek Food and Wine 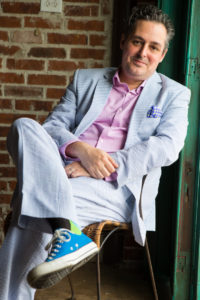 Helen is the culmination of a life-long dream of Turner’s, to open what he’s always called “a little Greek taverna,” the kind of place where you come as you are, you share bites and wine, and you can linger as long – or not – as you like. He’d kicked around the dream more seriously over the last five years, looking at potential spots and trying to raise money for it. Following his departure from Table on Post Oak last year, he pushed the dream into overdrive, waking up from the nightmare of getting “this close” after his Kickstarter crowd-sourcing campaign to open the place didn’t pan out. But, keep in mind, Turner is having a moment.

In rapid succession following the April Kickstarter fizzle, Al-Amin and Faiola came in with capital, and by July, Helen opened its doors in Rice Village, taking up residence in the former Kahn’s Deli space. Interior design mastermind and food writer Erin Hicks kept the spot’s bare brick walls, enhancing them with massive, gilt-trimmed mirrors, adding steel accents and wall sconces, and otherwise creating the kind of place that manages to say, “Hey, we’re a classy joint and we know food,” even while giving off an easy, “Come on in and chill out” vibe.

A New Greek Experience in Houston

At its core, Helen is exactly what Turner always envisioned. Marshalling his years of growing up in Greece, where he lived from ages 11 to 18, as well as his passion for wine (he’s a certified sommelier) and Greek flavors. Harnessing Wright’s obsession with fresh, regional fare (honed through his own experience working in Italy), Helen is like no other Greek restaurant in Houston.

First, forget everything you think you know about Greek food. Turner will tell you there is no lettuce in a Greek salad. He will give you chapter and verse on why American-style gyros are not true to Greek form. And he’ll try his damnedest to make you a Greek wine convert. Be prepared to be convinced on all fronts. Because the food at Helen is not only inspiring and delicious, it’s seasonal and high quality. Even as new items get added to the menu, the selections just keep getting better and better.

You do not want to miss the octopus, which comes plump and succulent, atop gigante beans in a sauce with hints of Mediterranean flare. You can – and should – build your own gyro at lunch or dinner, using the perfectly seasoned pork and accompaniments heaped on a puffy pita. The trio of dips changes regularly, but the roasted red pepper is a standout; if it’s a part of the grouping, don’t miss your chance. There’s a decidedly wonderful Greek poutine on the happy hour menu – a heaping bowl of fries, feta and pork. This is, simply, food you will dream about.

And you won’t be the only one. In the few short months since opening, Helen’s dining room and bar have been well-filled with enthusiastic diners. They’re looked after by the incredibly enthusiastic staff – from servers to bartenders to owners, the whole team can’t wait to help you find new favorite things.

The ring master of this happy Greek food show is Turner himself. Drawing from his time in Greece years, he’s created a space that harkens to his youth, while at the same time being uniquely Houston. He and Wright share a passion for history and how food enhances a culture, and the pair have made it a point to figure how to use Gulf Coast ingredients in decidedly Greek ways.

But if you take away one thing from Helen, it’s this: Greek wine rocks. Just ask Turner. Actually, don’t. He’ll tell you.

“I touch 90 percent of the tables,” he said, a reflection of his desire to make sure everyone feels at home. He knows diners encountering words like Assyrtiko or Xinomavro on the wine list might look like deer caught in the headlights. But he also knows Houston’s diners. “They’re adventurous. And Greece makes a lot of really exciting wine.”

Take, for example, the Palivou Vissino. It’s a rosé blend out of the Peloponnesos and Turner likes to say, “This is the ‘My rosé can beat up your rosé’ rosé.”

A stunning combination of Agiorgitiko and Syrah, it’s big and dry, packing a massive floral aroma. You’ll catch huge, juicy cherries throughout, laced through with a clean and nearly mineral notes.

For a man whose self-proclaimed mission in life is to see Greek wines become as popular in the States as they are in parts of Europe, Turner’s well on his way to helping diners see how the regional cuisine of Greece can pair with the wines on his list.

Turner’s brand of energy and excitement is infectious. And you feel it when you sit down at Helen. This might be a place where the serving staff wears bright, Greek-blue Chuck Taylors and jeans, and the vibe is decidedly casual, with dishes passed back and forth at tables and wine gloriously consumed. But it’s like no other Greek spot in the city. Dining at Helen is the sense of a dream shared, as well as one fulfilled. It’s an invitation to see someone else’s passion writ large and to be part of it.

“Greece made me who I am,” said Turner. “And I want people to love Greek food and wine like I do. This has been such a fantastic experience so far. Sometimes, I think we could be so deep in our echo chamber, this is either going to be wonderful or a Dumpster fire of epic proportions.” He considered. “But really, everyone has been so happy to come along for this, it’s just splendid.”

Where to Happy Hour in Rice Village & West U

Where to Work Out in Rice Village & West University

Where to Shop in Rice Village

There Is An Instant Exhibition at Archway Gallery