See and hear the rumba flamenco stylings of the Gipsy Kings at Arena Theatre on Friday, June 5, 2015 at 8pm.

Celebrated since they first appeared on the international music scene in 1987, the Gipsy Kings are known for hits such as “Bamboleo”, “Djobi djoba” and “Volare.” Rolling Stone magazine described their sound as “Spanish flamenco and Romani rhapsody meet salsa funk.”

Although they hail from the South of France, their music is rooted in the nomadic culture of the Spanish Romani people, blended with the rhumbic rhythms of South Brazil and South America. 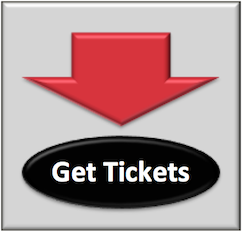 The Gipsy Kings in Concert at Arena Theatre

365 Things to Do in Houston receives a commission for tickets sold for this event when accessed via links on our website, at no extra cost to the buyers. This commission is paid by ticketing companies out of their established ticket pricing and does not impact the price our readers pay for these tickets. These commissions help support 365 Things to Do in Houston, including our staff and contributors, so that we may continue to cover events and activities across greater Houston.