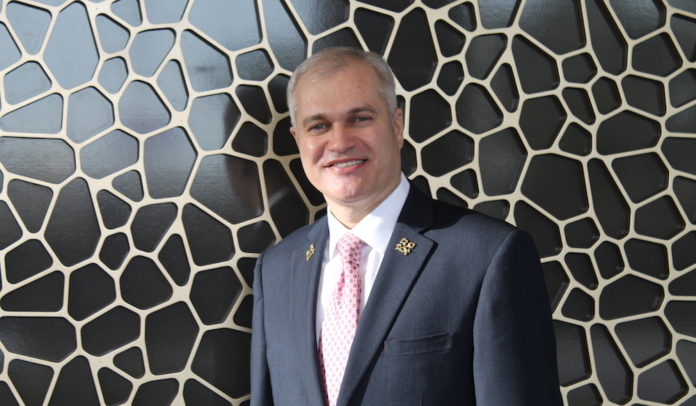 On Mondays we check in with a Houstonian who offers his take on the best things to do in Houston. This week we hear from Osman Ikanovic, an ambassador to Houston and one-time refugee from Bosnia who serves as chef concierge for the recently renovated Royal Sonesta Hotel and as the local liaison for the esteemed international Les Clefs d’Or organization.

Chef Concierge at the newly renovated Royal Sonesta Hotel just steps from The Galleria, Osman Ikanovic proudly serves as an ambassador to Houston, a city he adopted 15 years ago as a refugee from Bosnia. Ikanovic is one of the city’s only Les Clefs d’Or-affiliated concierges and currently serves as the Houston liaison for the esteemed organization. Since becoming a concierge a year after his arrival, he has not only helped visitors with hard-to-get reservations and event tickets, but coordinated after-hours shopping excursions and even a 2am horseback ride. Fluent in three languages, he’s part of a multi-lingual team that regularly welcomes visitors from around the globe.

5 Must Do Things in the Galleria & Uptown