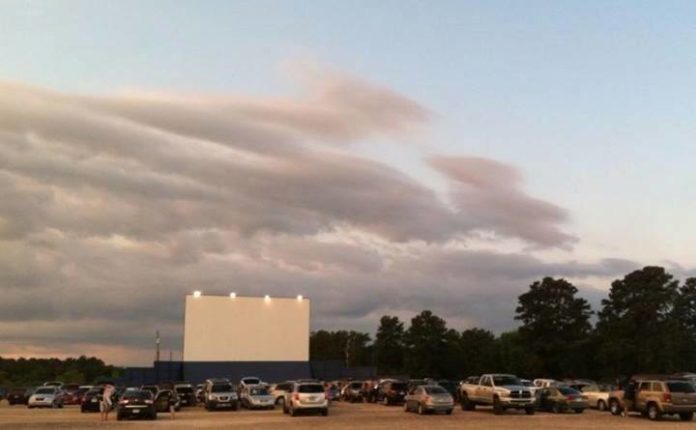 Catch a modern movies in an old school double feature at the Showboat Drive-In in Hockley, ten minutes west of Tomball in Northwest Houston.

Pack up the car and head out to the beloved Showboat Drive-In to take in a double feature of new release films. The drive-in theater is open every weekend, Friday through Sunday. Cars and trucks can pull up on slight ramps, aiming your gaze directly at the screen, or you can pull out the lawn chairs to watch the film outside. You can pull up the soundtrack on your FM radio.

Guests are welcome to leave after one film, to stay for both, or arrive during intermission and catch the second movie. There are two screens, each showing their own double features. Guests are not allowed to hope from one screen to the other.

A central snack bar and concession stand offers all popcorn, candy, soft drinks and burgers. Like everything else at the Showboat Drive-In in Hockley, the Snack Bar is cash only. You will find an ATM on the premises though.

Kids and families can make good use of the swings and playground located beneath the big screen. Everyone is welcome to swing or play before the films start and during the show.

Right now, movie tickets to catch a double feature at the Showboat Drive-In are available on Groupon. Act now and click here to grab two tickets, a large popcorn and a large 32-ounce soda for just $12.

Photo courtesy of The Showboat Drive-In

5 Must Do Things Around Hockley