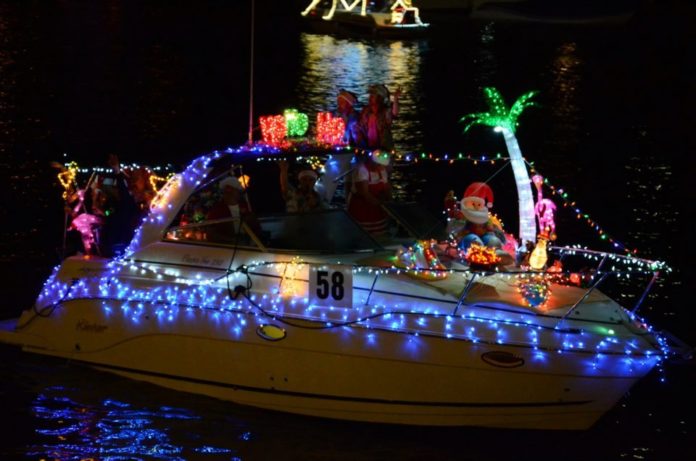 See a parade of more than 100 boats decked out for the holidays as they traverse Clear Lake and head into Galveston Bay on Saturday, December 14, 2013.

The parade starts out at 6pm from the South Shore Harbour Marina and the Nassau Bay Lagoon, following the boat lane through Clear Lake and through the Clear Lake Channel where it exits out into Galveston Bay, before turning back around and heading home. It will take about 45 minutes for the first boat to depart from the South Shore Harbour Marina to reach the Kemah Boardwalk. It’s not a race so expect the boats to float by at a leisurely, lazy pace.

The waterside restaurants on the Kemah Boardwalk and at The Point in Seabrook across the channel are a popular places to to gather and watch the parade. If you’re vying for one of those tables or spots at the bar, you’d best arrive well before sunset. The start of the parade should reach Galveston Bay at approximately 6:45pm.

Photo courtesy of the Clear Lake Chamber of Commerce

The 15 Best Things to Do in Houston This Weekend: May...

5 Must Do Things in Rice Village & West University