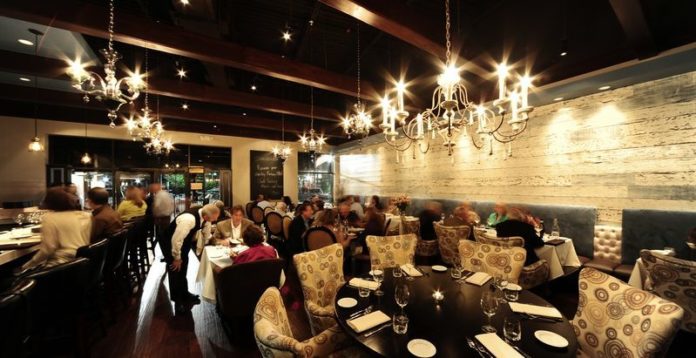 Dispel your preconceived ideas of fine French cuisine with a delectable meal at the warm, friendly and elegant Etoile Cuisine et Bar in Uptown Park.

Since bursting onto Houston’s restaurant scene in the fall of 2012, Etoile has been delighting the taste buds of locals, visitors and critics alike with unassuming and authentic French food. Chef Philippe Verpiand and his wife and business partner Monica Bui set out from the beginning to enchant diners with true French dishes and cooking techniques and “dispel the notion that French food is heavy and pretentious.”

The light and warm interior is at once French provincial and decidedly plush, featuring light tones and rich textures that mix the spirit of an elegant French farmhouse with a distinctly warm and modern flair.

Service at Etoile is impeccably timed and the wait staff are skilled at assisting and explaining the French menu to initiated diners. Etoile features a seasonal menu, evolving to reflect the freshest ingredients and the most opportune flavors.

A native of France and the son of a second-generation butcher, Chef Philippe has been around the finest and freshest cuts of meat his entire life. After graduating first in his class from the French Culinary Institute in Avignon, he worked in numerous Michelin-starred restaurants in the French Riviera, Alps regions, Courchevel, Biarritz and in Normandy. From Europe, Verpiand made his way to San Diego, where he lived and operated two prestigious restaurants over 11 years. He and Monica chose to bring their team to Houston after visiting family and finding inspiration in the sophistication of the city’s diners and bustling international restaurant scene.

Where to Work Out in the Galleria & Uptown

Where to Happy Hour in The Galleria & Uptown

Where to Shop in Uptown

Escape to the Omni Houston Hotel