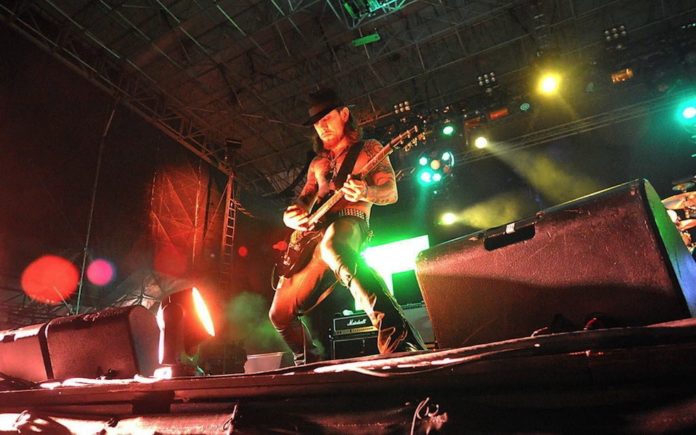 Kickoff Labor Day weekend rocking out with Alice in Chains and Jane’s Addiction at the Rockstar Energy Drink Uproar Festival 2013 at the Woodlands Pavilion on Thursday, August 29, 2013.

You’ll feel the rush as this concert showcase brings a slew of rocking, high energy performers to The Woodlands. Circa Survive and Coheed and Cambria will join Jane’s Addiction and headliner Alice in Chains, performing their class hits, crowd favorites and new material. Your admission will also score you a free Rockstar Energy Drink.

Be there to celebrate the release of The Devil Put Dinosaurs Here, the second reunion and fifth studio album from Alice in Chains, and the 25th anniversary of Jane’s Addiction’s influential debut album, Nothing’s Shocking, at this year’s Uproar Festival.