Home Archives Past Exhibits, Installations + Performances Brush up your Shakespeare 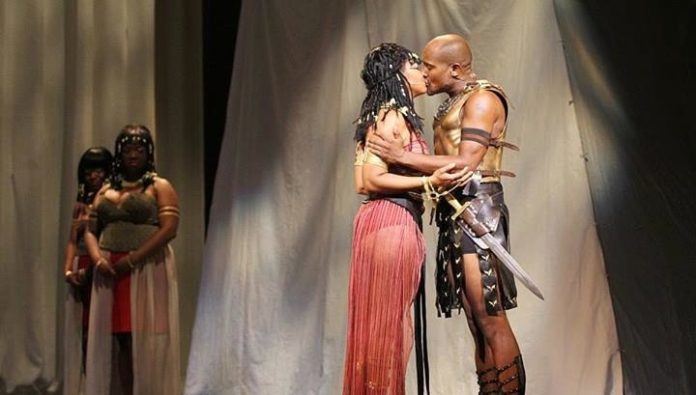 Catch one or more of the final performances of the Houston Shakespeare Festival 2013, presenting Anthony and Cleopatra and As You Like It at Miller Outdoor Theatre on alternating evenings through Sunday, August 11, 2013.

For 2013, the Houston Shakespeare Festival presents two Shakespeare favorites. While very different from each other, the two shows, Antony and Cleopatra directed by Leah C. Gardiner and As You Like It directed by Marc Masterson, are both celebrated works of William Shakespeare.

Created in 1975, the Houston Shakespeare Festival puts on two free Shakespeare plays every summer. In its history, the festival has entertained nearly a half million theatergoers at Hermann Park’s Miller Outdoor Theatre.